The Best Ethnic Restaurants in Edinburgh

With a budding street food scene and a growing list of Michelin star restaurants, Edinburgh is fast developing a reputation for culinary excellence, particularly with regard to Scotland’s famed natural produce. However, Haggis, Whiskey and Smoked salmon notwithstanding, Scotland’s Ethnic food scene is developing a reputation all of its own. Here’s our guide to some of the best ethnic restaurants in Edinburgh. 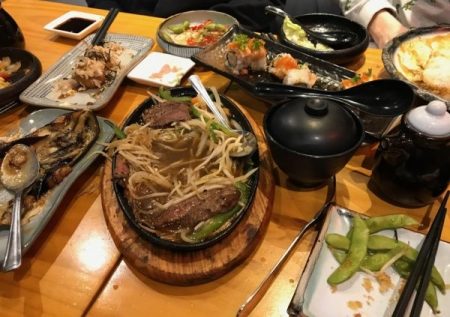 Sushi is very much the flavour of the month right now, and St Stephen Street’s unassuming and cosy (some would say small) ‘Kenji sushi’ offers a chance to indulge without breaking the bank. A traditional  Zashiki seating arrangement adds to the sense of occasion and the staff are always warm and welcoming. Try the spicy tuna Gunkan and Tako-yaki for an exquisite taste sensation.

Planning a trip to Edinburgh? Why not try one of our New Town properties? For example, our Circus Lane Mews house in Stockbridge, just around the corner from Kenji. 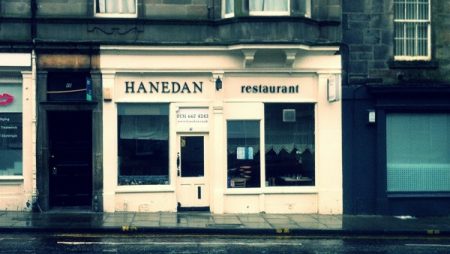 A list of Edinburgh’s best ethnic restaurants would be incomplete without mentioning Gursal Bahar’s Turkish restaurant ‘Hanedan’, which represents something of a hidden gem in Edinburgh’s culinary scene. With a menu that hasn’t changed in ten years, this small and unpretentious eatery appears to have adopted the “if it ain’t broke” mantra and has a well-earned reputation for offering simple,  no-nonsense fare at very reasonable prices. By way of recommendations, it’s hard to overlook the mixed grill (a simple selection of seasoned, grilled meats) and the Borek (filo pastries stuffed with Feta and Spinach). Delicious. 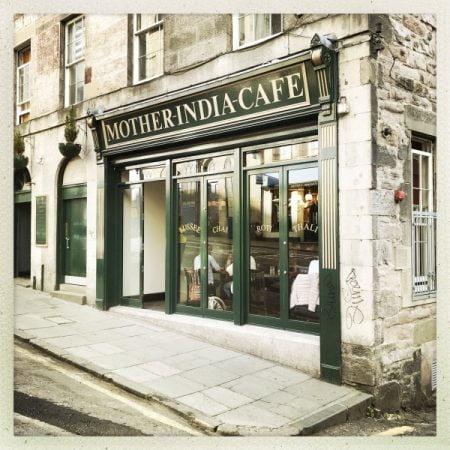 Billing itself as Indian Tapas, Mother India’s Cafe (an offshoot from Glasgow’s own ‘Mother India’) has been delighting Edinburgh foodies since its arrival in 2008. Breaking the mould of traditional British curry houses, Mother India’s cafe offers smaller portions and looks to encourage a culture of sharing and experimentation among her guests (so perhaps be careful who you go with). Overlook the Fish Pakora and the butter chicken at your peril.

Considering a trip to Edinburgh? Why not try one of our Royal Mile apartments just a stone’s throw from Mother India?

A firm favourite among Edinburgh’s Chinese population, the unashamedly traditional Imperial Palace provides a Dim Sum menu from eleven to four every day. Dumpling lovers will delight in the Xiao-long-bao soup dumplings and the char siu buns are among the best Edinburgh has to offer. If you’re feeling adventurous the steamed chicken’s feet are apparently very popular. Just a thought. 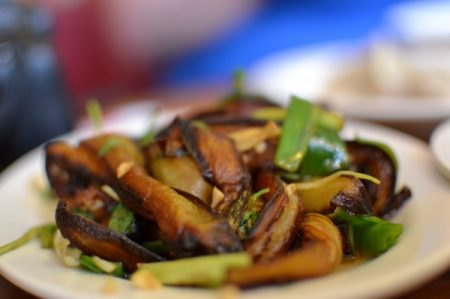 Edinburgh’s Chop Chop found national fame in 2010 after Gordon Ramsey famously described the dumplings as “the best he’d ever tasted”. The restaurant, with its modest premises in Edinburgh’s Haymarket area, reached the final of the esteemed chef’s show ‘The F Word’ and was named Britains favourite Chinese restaurant in 2010 and 2012. Specialising in northern Chinese cuisine, the menu may look a little foreign for those expecting more traditional, British/Chinese offerings, but any fears are bound to be allayed after the first bite of shredded aubergine or pork and coriander dumplings.

Thinking of making a trip to Edinburgh? Why not stay at our Rutland Square Studio apartment just around the corner from Chop Chop? 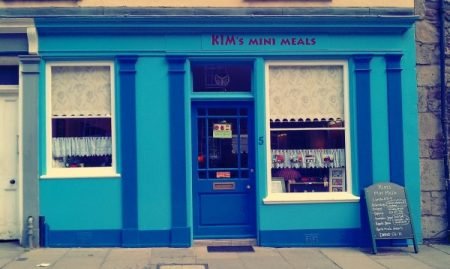 Renowned Korean restaurant Kim’s Mini Meals was Inducted into the Michelin guide this year and not without good reason. The Bulgogi has a reputation all of its own but be careful to arrive early as queues out the door and even around the corner are a familiar sight. 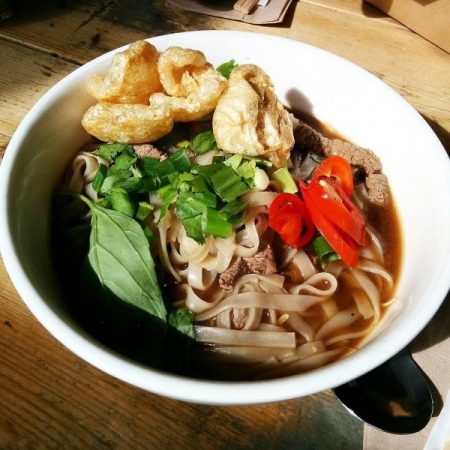 Finally, this list would be incomplete without at least one Thai offering and the small and unassuming Ting Thai Caravan on Teviot place fits the bill perfectly. While not actually a caravan the vibe here is still very much indoor street food rather than fine dining, with communal tables and a busy, bustling energy. But don’t be fooled, the quality on offer here is as good as anywhere in the capital. Try the Duck Penang.

Planning a trip to Edinburgh? Why not try one of our Old Town apartments just around the corner from Teviot Place?

So, there you have it. The best ethnic restaurants in Edinburgh according to us, but don’t take our word for it, try for yourself, and if you need a place to stay we’ve got you covered. For more information visit our website.