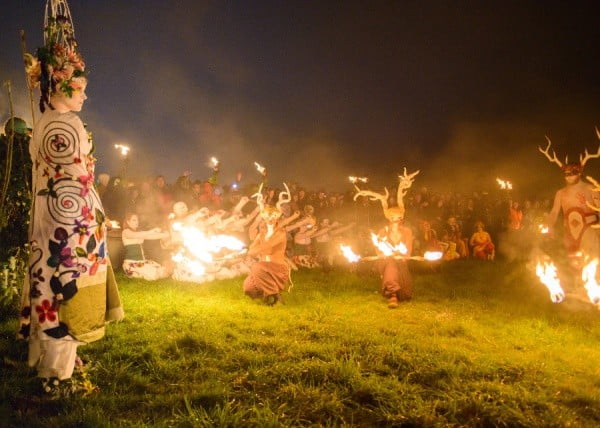 Edinburgh Zoo is going Jurassic with a range of impressive animatronic dinosaurs, in an exhibition intended to raise awareness about the threat of extinction faced by many modern-day species. No need to book!

EISF was founded in 1989 as an educational charity with the aim of inspiring everyone to engage with the surrounding world, which they fulfil through work on an international scale. Within Edinburgh, however, their name is more often recognized as their eponymous festival, a long-time mainstay of the city’s April calendar, but which can in fact claim its pedigree as the world’s first science festival, and today sees a variety of informative events spanning two weeks. The Festival caters for both children and adults, with a more educational and interactive focus for a younger audience, and a series of intellectual discussions, screenings, and more for adults. There are also family-oriented events, including science shows, workshops, and exhibitions, so the programme is all-inclusive.

This year’s Festival, dubbed The Ideas Factory, will see the halls, galleries, theatres, and gardens of Edinburgh play host to scientific innovation. Tickets for most events are in the surprisingly affordable £2.50-£5 price bracket (some are free), and a range of concessions are available, including for group bookings.

This event will run from 1pm-5pm across a dozen Cowgate venues. A range of art, craft, fashion, music, and food stalls will be erected at Movement, Opium, Sneaky Pete’s, Dropkick Murphy’s, The Three Sisters, Brewdog, The Mash House, La Belle Angele, City Café, Cabaret Voltaire, Pilgrim, and The Bongo Club.

Fairs at The Three Sisters pub (139 Cowgate) will resume on Easter Sunday, featuring some of Scotland’s best pop-up food vendors and live music acts. Visitors will be granted free admission to the venue, which will host four music stages with over 25 live acts, including several DJs. In addition to the seven customary bars, including a specialized Real Ale Bar, the catering provision will extend to the eight food vendors who have already been confirmed; a list of these exhibitors can be found on the event’s Facebook page.

Another festival dating from the 1980s (82 to be exact, when it went under a different name and premises), this one sees an annual gathering of international harpists at Merchiston Castle School, where they can share their talents with the wider world. The festival is organized by The Clarsach Society as part of its wider outreach programme of events, courses and classes, and with sufficient demand will be followed by additional beginners’ classes, also planned to take place in Edinburgh (details to be confirmed during the festival).

Again, a range of discounts and concessionary rates are available, including for group bookings (eight and above). As they are hosting different categories of events, prices vary widely, so check the programme overview here.

Returning for its second year at Potterrow, this convention capitalizes on its line-up of special guests with an insightful programme of events, including cosplay competitions (with both adults’ and kids’ editions; registration required for both), prop displays, a charity auction in aid of Midlothian Foodbank, and of course a raft of industry talent and traders.

Ticket prices are £10 for single day adult admission and £18.50 for weekend admission. Child tickets cost £7.50 per day and £15.00 for the weekend; two under-10’s can be admitted free per paying adult, and the child ticket rate also applies to concessionary visitors.

First run (sorry) in 2005, the Morrisons Great Edinburgh Run now attracts in excess of 5000 people for a 10 mile run through central Edinburgh, with Greyfriars Bobby, the Royal Mile, the Scott Monument, and Edinburgh Castle as esteemed checkpoints. The event caters for a range of abilities with Junior (2.5k) and Mini (1.5k) Great Edinburgh Runs at Holyrood Park also featuring, as well as the advent of team relays for the main run, which see the 10 mile distance covered by two runners. Charity running places and business entries are also available.

Yet another Edinburgh-born festival on this month’s roster, Dead by Dawn is also the UK’s longest-running horror film festival, returning to the Filmhouse for its 22nd edition with a new curation of independent previews, renowned classics, and shorts. The programme also features special guests and asides, most notably “Spawn of Dawn”, which runs concurrently with, and showcases a selection of films from, the mother festival. Spawn of Dawn is for the owls among filmgoers, running from midnight on Saturday 25th until 11am on Sunday 26th.

Tickets for Dead by Dawn cost £75 and those for Spawn of Dawn cost £25 (not interchangeable); alternatively, individual tickets for all screenings are available, news on which is posted on the festival’s Facebook page. All tickets can be purchased from the Filmhouse by over-18’s only.

TradFest celebrates traditional Scottish culture around Scotland’s May festivals (Beltane and Mayday) which mark the beginning of summer, bringing the city to life to reflect Mother Nature’s resurgence. This inclusive festival encompasses both national and local arts institutions with events featuring an international body of performers. The Pleasance will be the festival’s music hub; the Edinburgh Filmhouse is to stage the world’s first festival of Folk Cinema; the Scottish Storytelling Centre, site of TradFest’s box office, is naturally the hotspot for song, story, music, dance, and crafts, as well as workshops and walking tours; book events are billed for the National Library of Scotland and Blackwell’s Bookshop; and a TradFest Trail incorporates a number of smaller venues boasting strong associations with Scottish folk culture.

Perhaps the most prevalent TradFest event is the Beltane Fire Festival, claiming its origin from the ancient Gaelic festival of Beltane, held on the evening of 30th April in celebration of the commencement of summer. This tradition is preserved by the modern iteration, which takes the format of a procession and is situated on the scenic Calton Hill, beginning at the National Monument and enacting a ritualistic drama in an anti-clockwise circuit. This year’s festival promises to be the most spectacular to date, with hundreds of costumed performers wielding a plethora of instruments, torches, and sculptures, as well as the symbolic lighting of a bonfire by the dramatic leads, the May Queen and Green Man. For the first time, the festival will incorporate sound and light performance and a garden of giant mushrooms made from wax found in the city’s underground caves. It will also see the reinstatement of the Incorporation of Candlemakers of Edinburgh, who partook in the Beltane celebrations of medieval times.

Tickets for 12’s-and-over begin at £8 and become incrementally more expensive closer to the festival date (children under 12 are admitted free of charge).

As usual, we’ll provide reminders and ongoing coverage of several of these events on our Facebook and Twitter channels, so follow our accounts to stay up to date. Finally, let us know what you’re planning to do in Edinburgh this April using the comments function, and stay tuned to this blog for future entries in the series and more besides.