Find out more below, or search by availabilty here

This lovely apartment has comfortable bedrooms and great communal areas making this a great option for a larger family or group. 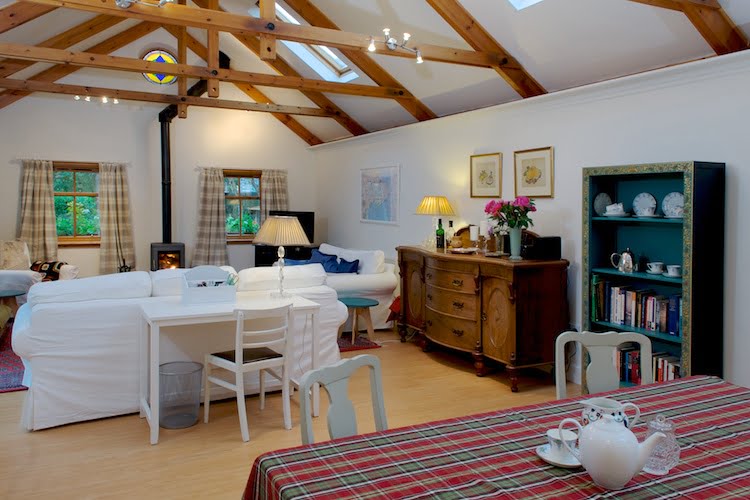 This charming, self-contained cottage situated in Edinburgh’s residential Trinity area is the ideal choice for those looking for a relaxing, quiet break, away from the hustle and bustle of the city centre. 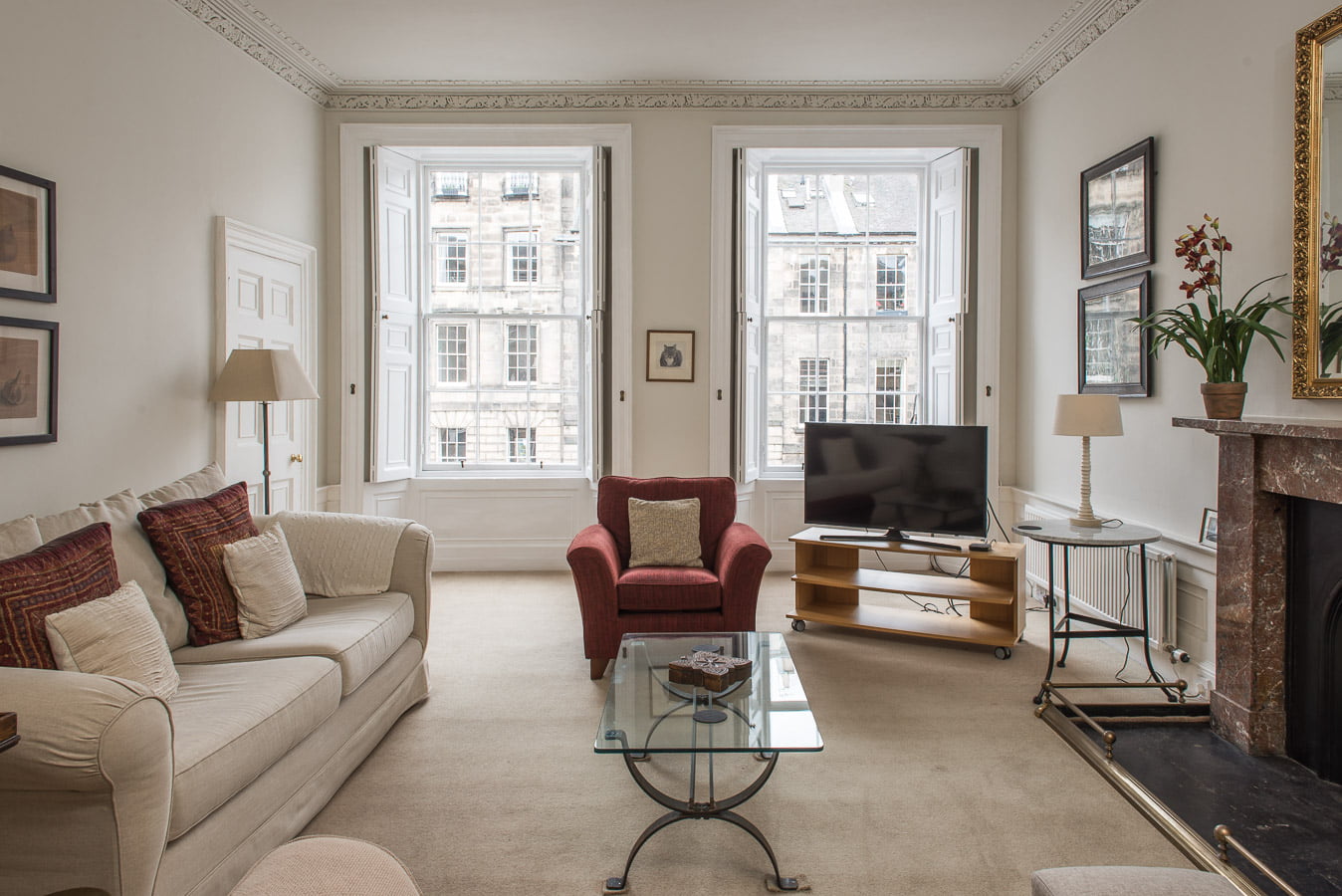 Bright and spacious 2 bedroom apartment on the first floor of a Georgian New Town street by Edinburgh’s epicentre. This beautiful, first-floor, Georgian apartment is the perfect base from which to enjoy all that Scotland's historic capital has to offer. Located in the city's New-Town, just a short walk from Princes Street Gardens and Edinburgh Castle, it could hardly be more convenient... 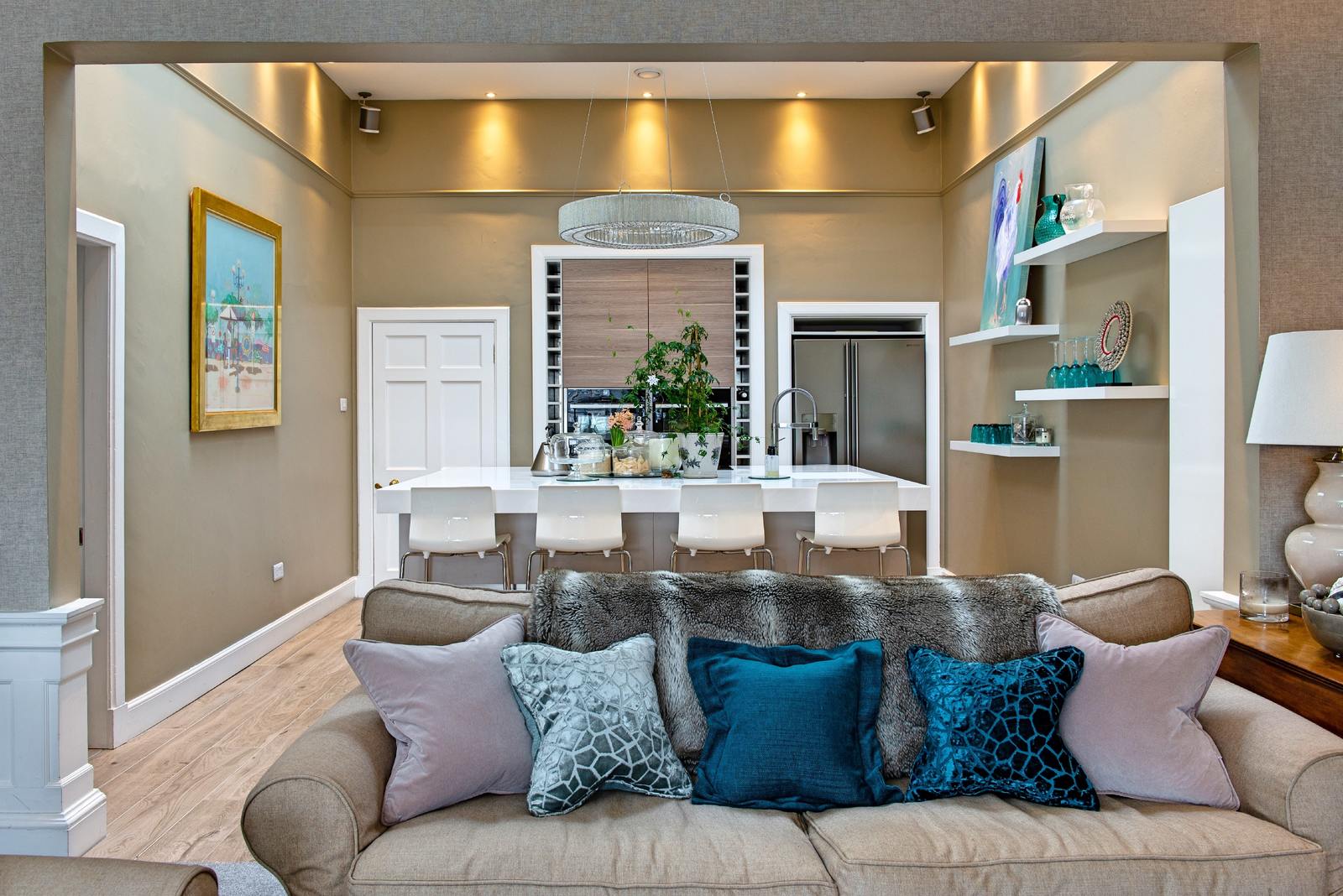 A great blend of convenience and luxury, our Moray Place Major penthouse apartment forms part of a traditional Georgian townhouse on one of the capital’s most exclusive streets.

This light and airy, spacious apartment is freshly decorated with modern touches sitting alongside lovely original Georgian features. Large cupolas bring in plenty of natural light throughout the apartment. 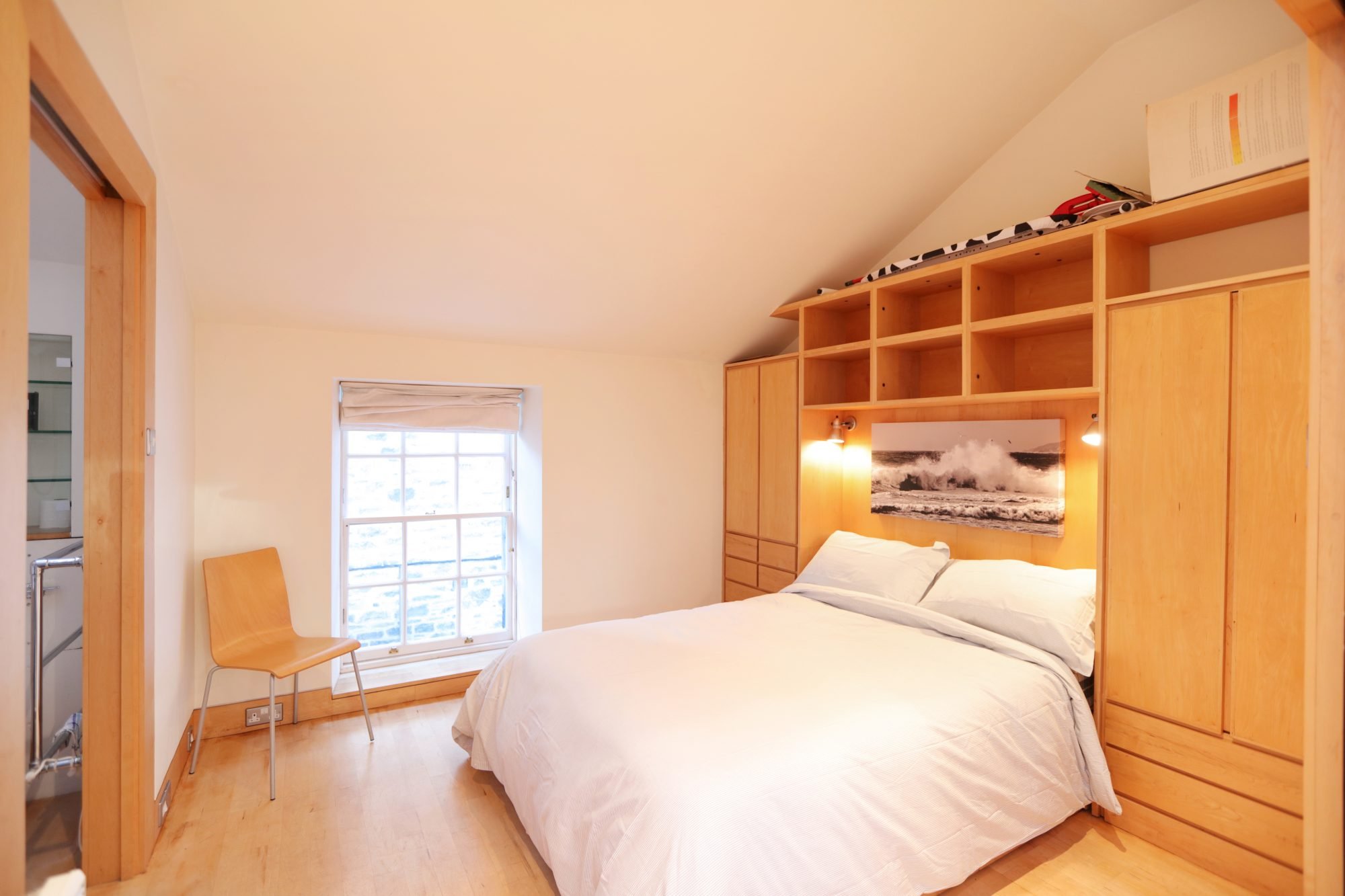 A compact and stylish apartment, William Street Lane is perfect for couples wanting to explore Scotland’s beautiful capital, or perhaps lone travellers or professionals looking for a convenient base with easy access to all of Edinburghs amenities.

Our Rutland Square apartment is superbly finished and located right in the heart of the city, just a stone’s throw from Princes Street Gardens. 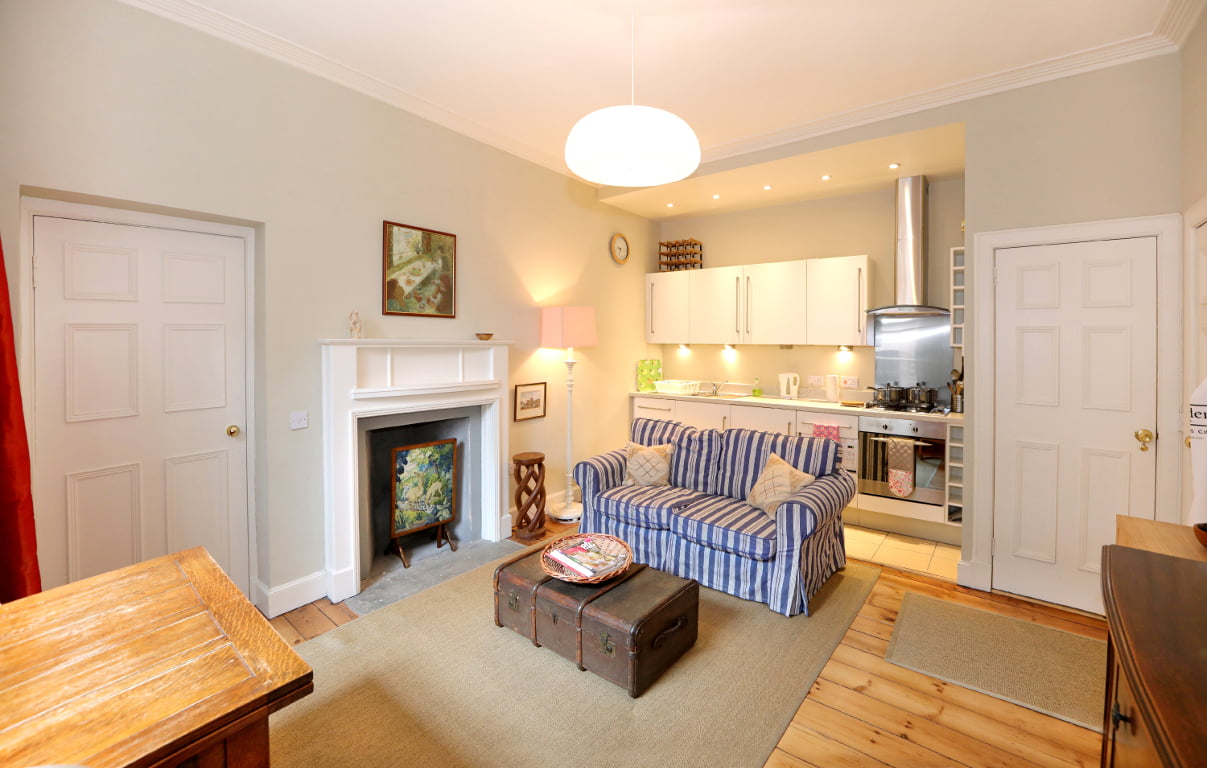 Situated on a distinguished street in the heart of the New Town, this beautifully furnished, first-floor apartment is a fantastic base from which to explore Scotland’s wonderful capital city.

Our Cobbled Lane Mews apartment is situated in the heart of Edinburgh’s New Town and provides easy access to the city’s many attractions. Whether you’re visiting for a weekend jaunt or planning a more extended stay, this location couldn’t be more convenient. 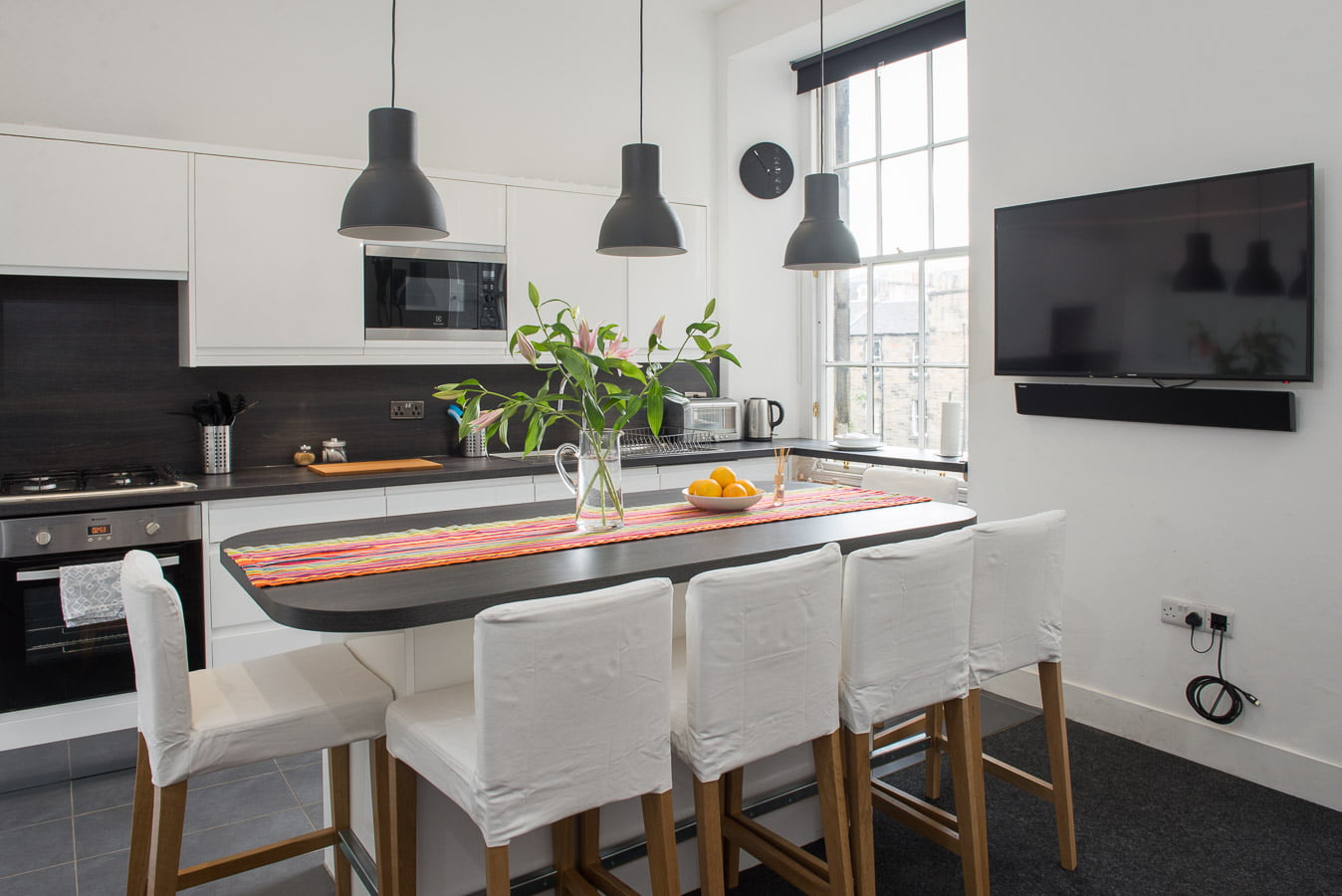 Our third-floor Castle Terrace apartment is perfect for larger groups looking to immerse themselves in the historic charms of Edinburgh’s Old Town.

An impeccable two-bedroom property situated in the New Town, near the borders with Leith and the Old Town. 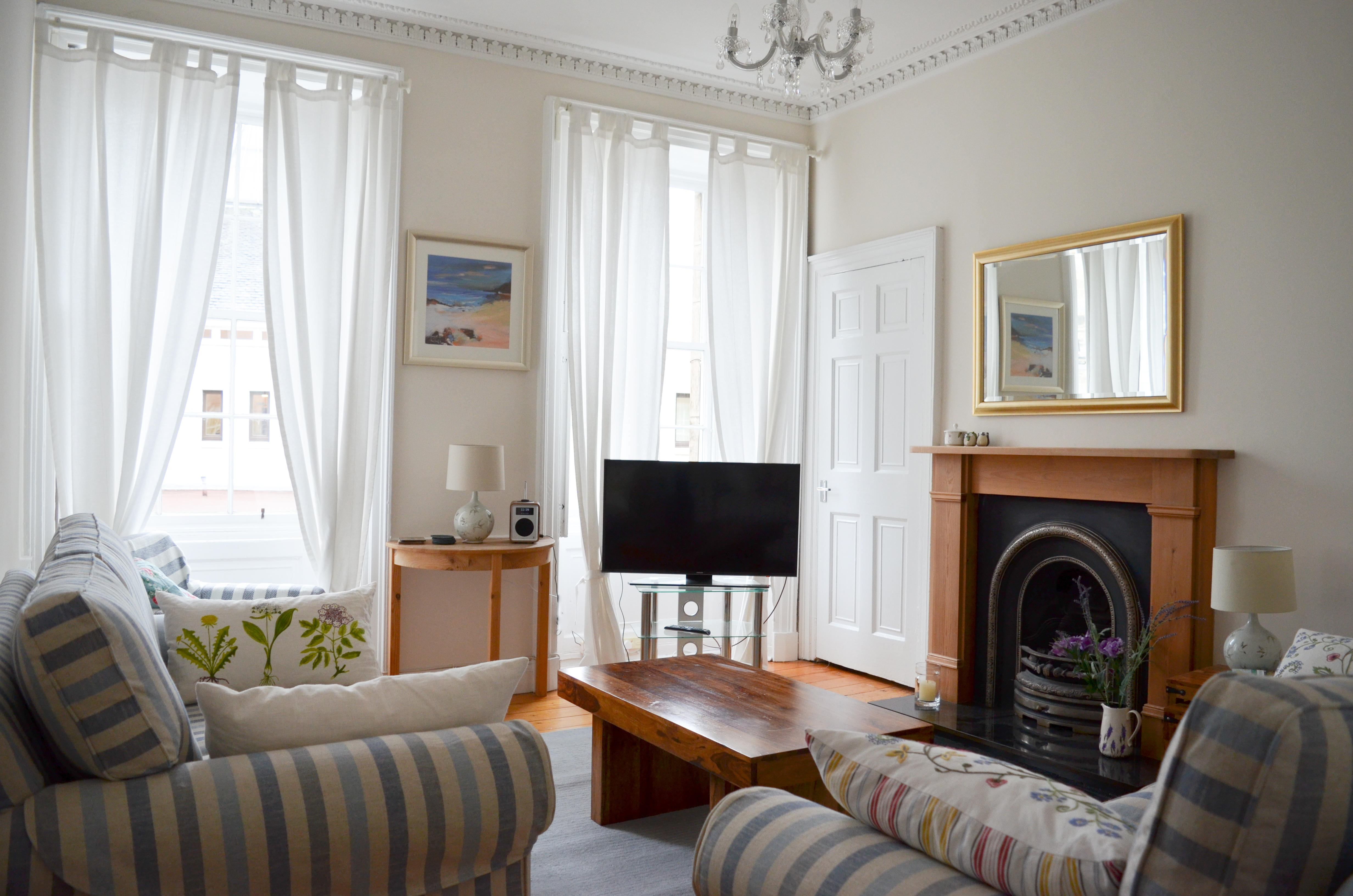 Our Cheyne Street property lies just off Raeburn Place in Edinburgh’s Stockbridge neighbourhood, just a moments walk from the many bars, restaurants and independent shops the area has to offer.

Our circus Lane property forms part of a picturesque, cobbled mews. On the cusp of the New Town and Edinburgh’s affluent Stockbridge area, guests have all the usual city-centre conveniences while retaining the feel of a quiet residential retreat. 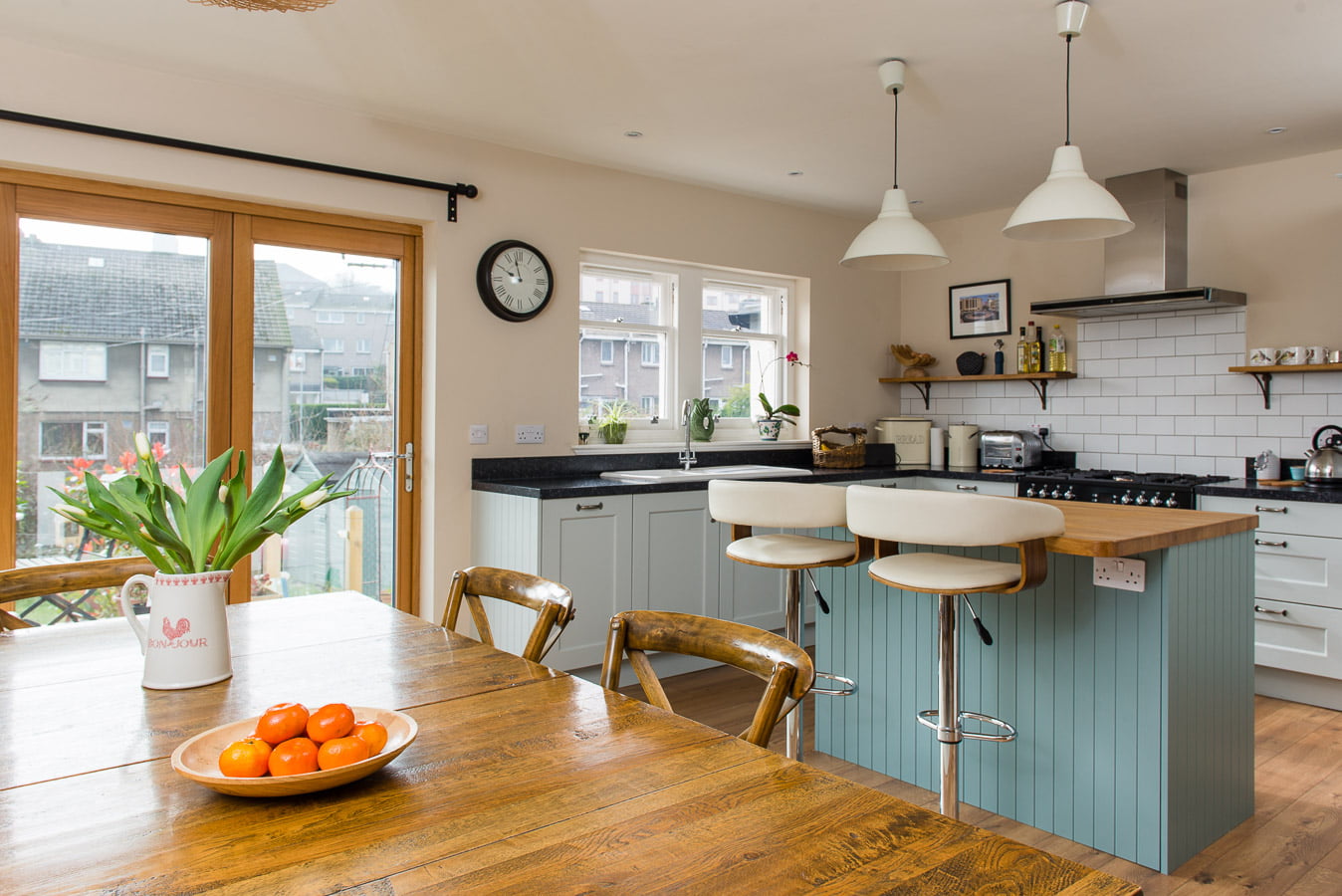 A bright, fresh, and homely three-bedroom property with a private drive and sun-trap garden.

An Edinburgh World Heritage Site, Ramsey Garden is named for her inaugural resident, esteemed poet Alan Ramsay, who built the original lodge in 1740. The apartment sits atop Castlehill in Edinburgh’s Old Town, a stones throw from the ancient fort, and can count itself among the city’s most exclusive postcodes.

An ideal location, Antigua Street is only moments from the centre of town and just around the corner from a host of fashionable bars, cafes and artisan shops. A pleasant fourth-floor, four-bedroom property, it has ample facilities and space for all eight occupants, as well as plentiful views across Edinburgh. 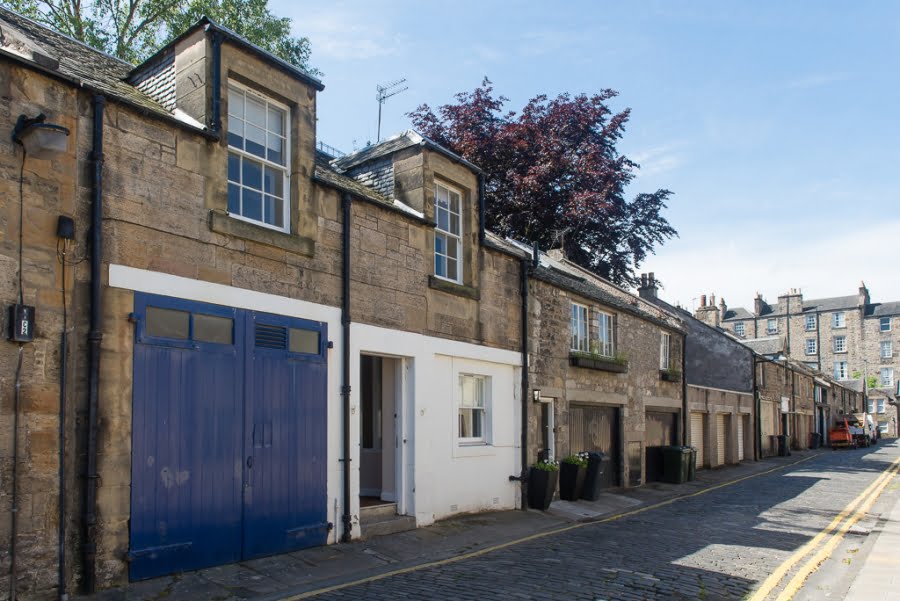 Our Jamaica lane property forms part of a tranquil mews in Edinburgh’s New Town and, with its own private garage, is ideal for families or groups arriving by car.

Our High Riggs apartment is ideally positioned for those looking to explore the charms of Edinburgh’s Old Town and, thanks to its private parking facilities, is a great choice for guests arriving by car. 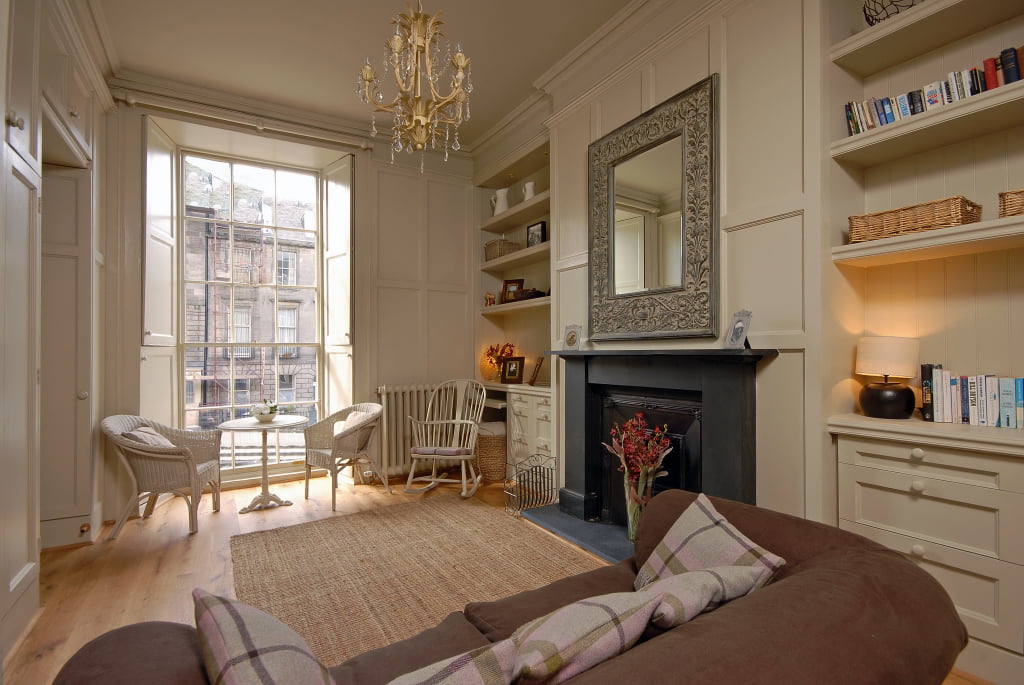 A perfect retreat for couples or single travellers - a stylish and ingeniously-designed studio apartment with some beautiful features, in the heart of the city. 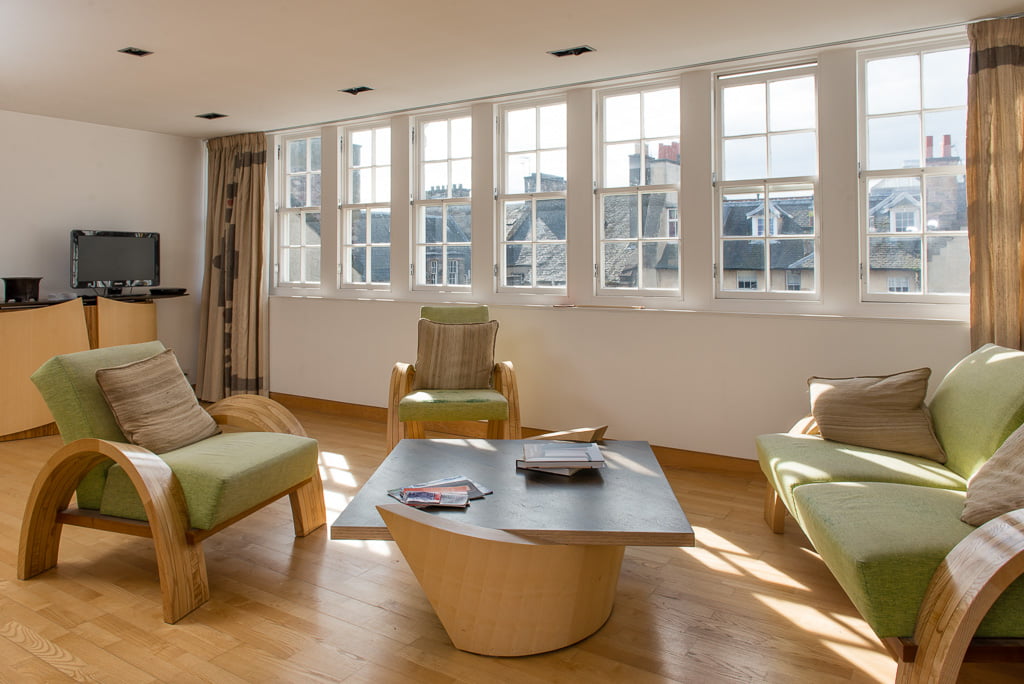 Blackie House is a stylish, 17th century penthouse. Its commanding position offers guests fantastic views across the city, while the location is perfect for those wishing to immerse themselves in Scotland’s beautiful capital city. 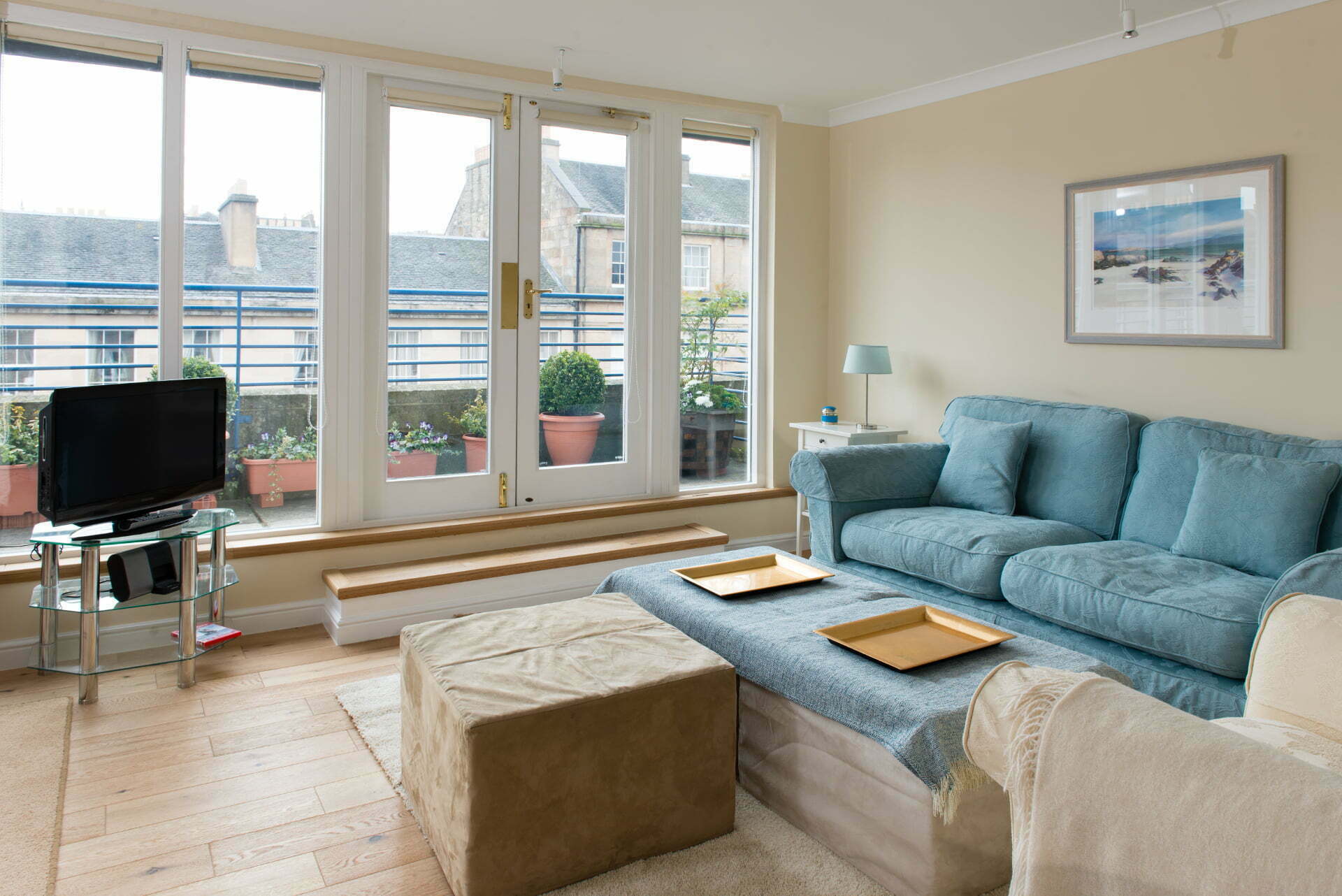 Stylishly furnished and decorated, Fettes Row is an ideal base for exploring the city. Nearby are excellent local shops, bars and cafes in the Stockbridge area and it is not far to walk to George Street and Princes Street for Fringe and Festival activities as well as cool cafes, bars and restaurants. This wonderful self catering apartment forms part of a traditional Georgian townhouse and is the perfect base for the larger family or group. The location is ideal for sightseeing and the ample catering facilities make it a supremely comfortable base for those planning a longer visit to Scotland’s beautiful capital city. 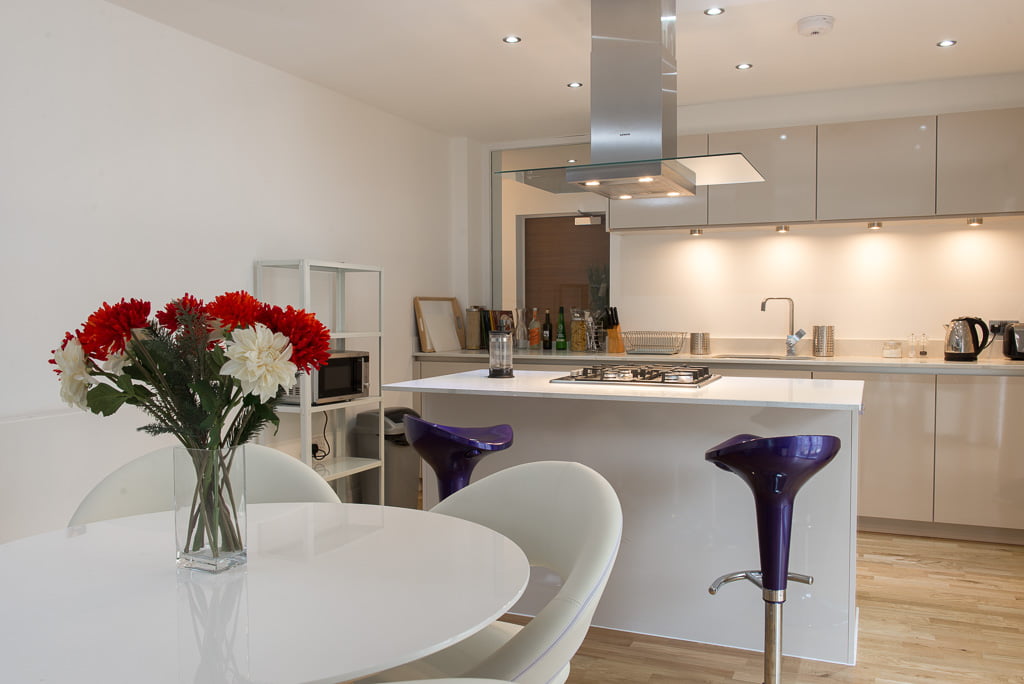 Tucked away in its own private compound, Our Dean Park Mews property is bright and sunny - the perfect choice for those seeking a quiet base within walking distance of the city centre. 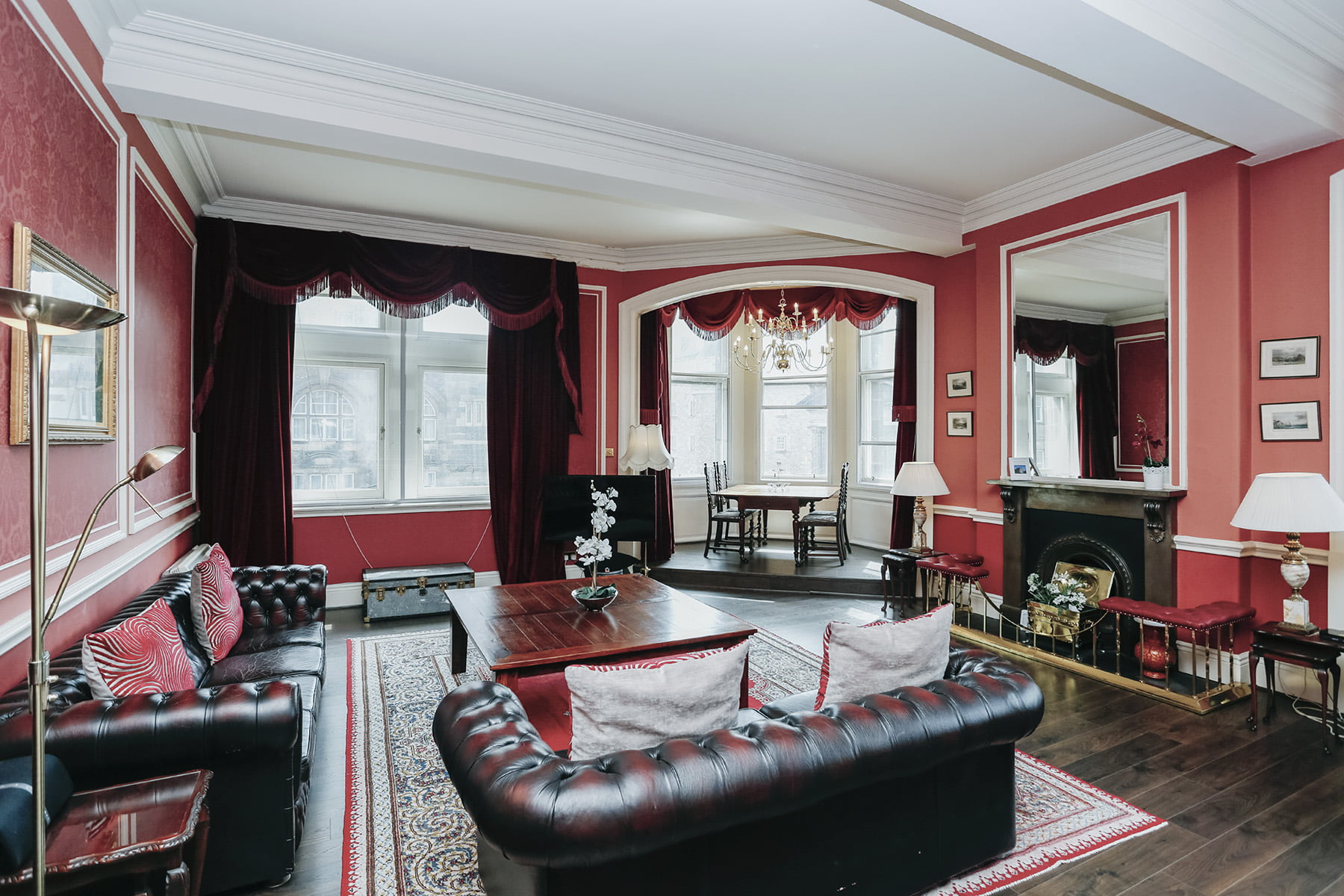 Our Royal Mile Mansion apartment is a sumptuous and atmospheric base for exploring Edinburgh’s Old Town and is particularly convenient for guests arriving by train. 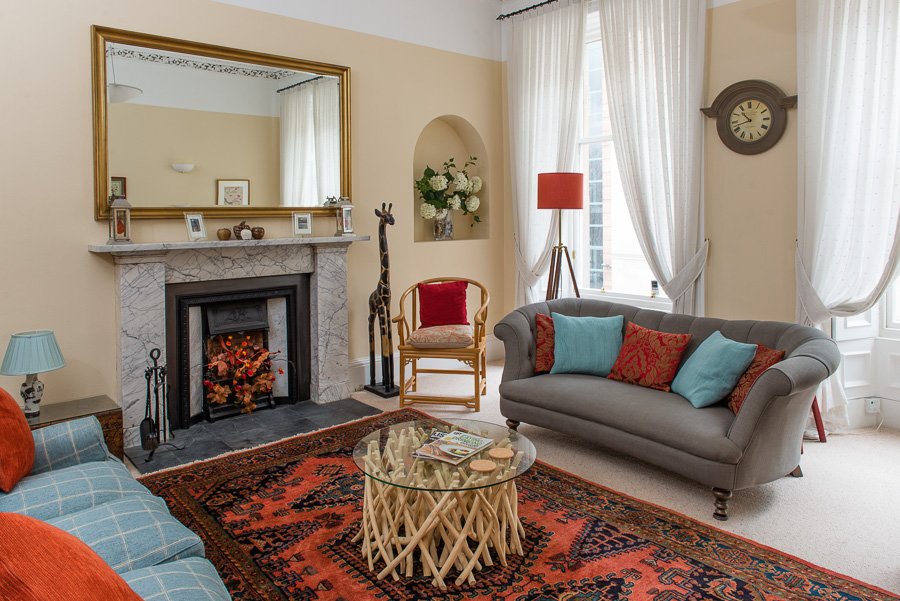 This light and airy, spacious apartment is freshly decorated with modern touches sitting alongside lovely original Georgian features. Large cupolas bring in plenty of natural light throughout the apartment. 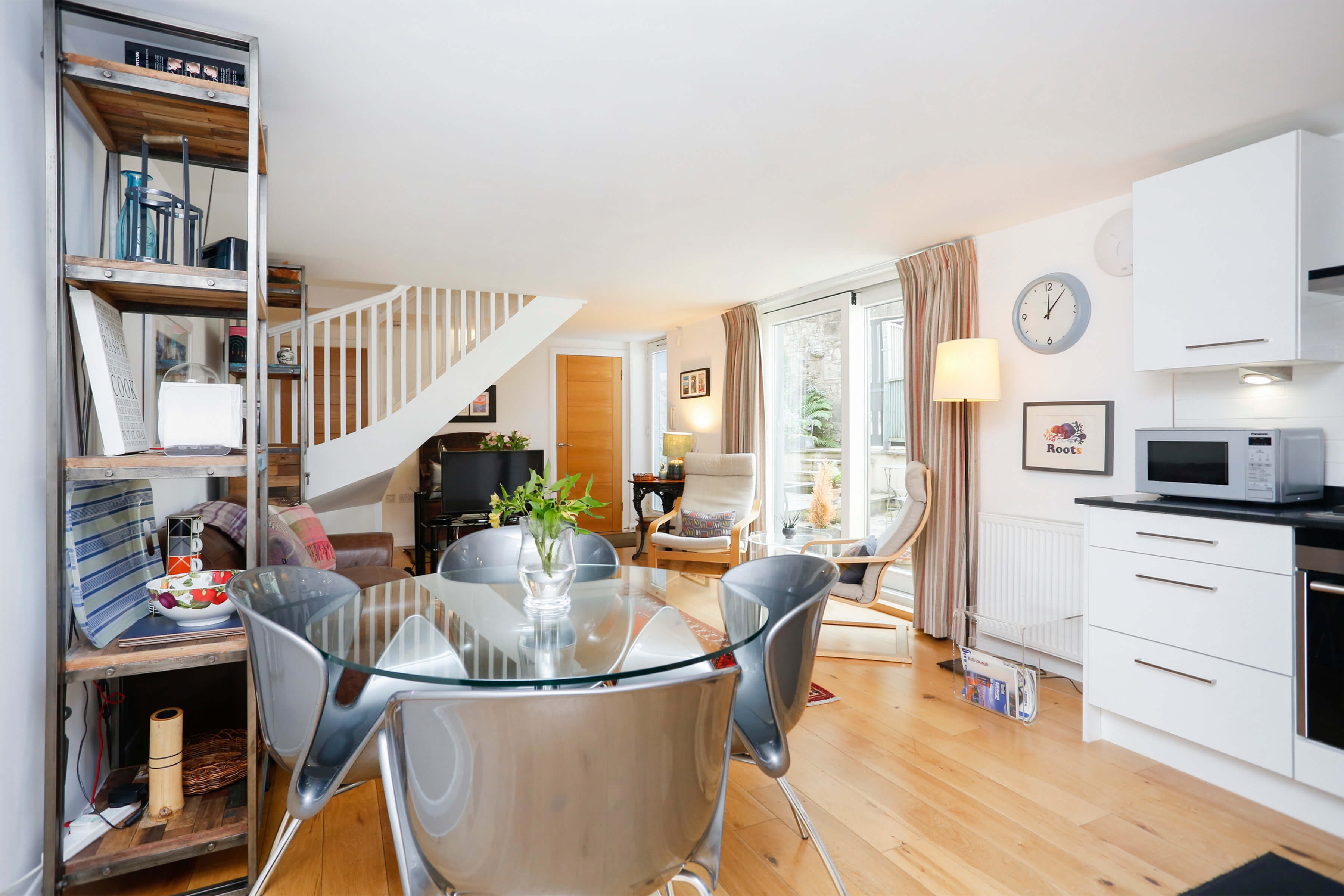 Part of a tastefully converted 19th Century warehouse, Albany Lane offers a quiet and comfortable hide-away in the heart of Scotland’s historic capital, while still having all the buzz right on your doorstep. It also has the added bonus of a private garage and patio area. 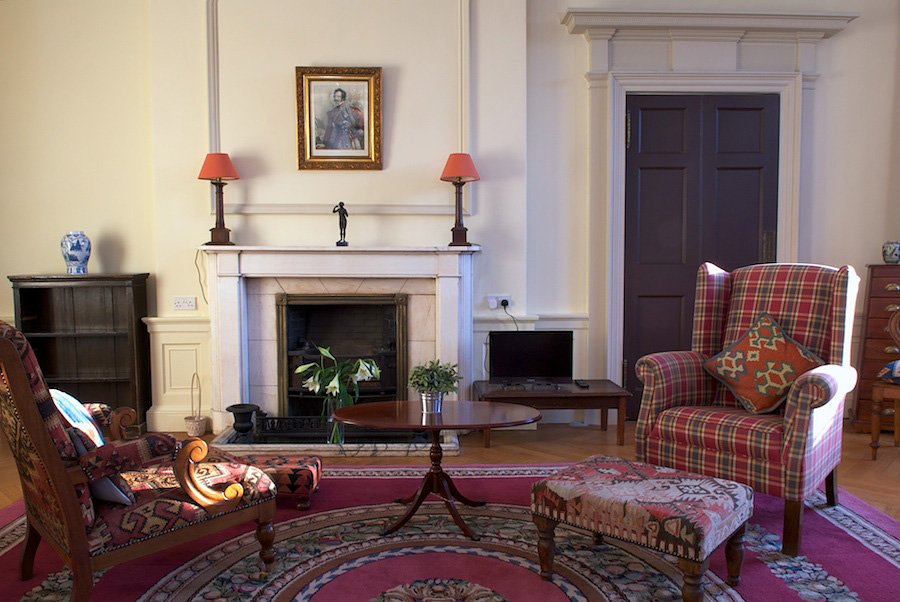 Part of a traditional Georgian terrace in Edinburgh’s New Town, our Heriot Row property is a fantastic option both for the longer stay and those seeking a comfortable base for their weekend away. Overlooking Queen Street Gardens, it gives the illusion of countryside rather than city centre. 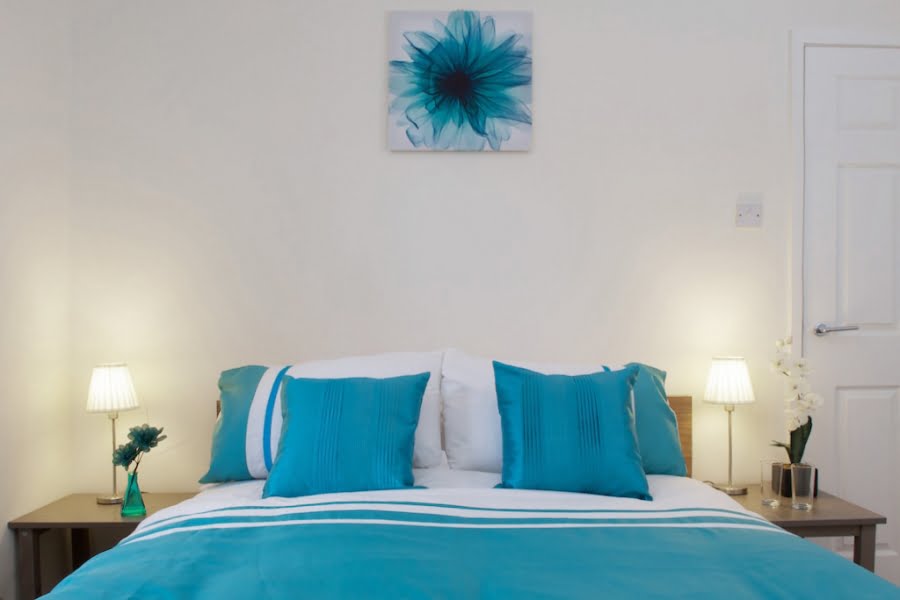 Our Grassmarket apartment sits in the shadow of Castle Rock itself and is an ideal location for those wishing to immerse themselves in the charms of Edinburgh’s historic Old Town. 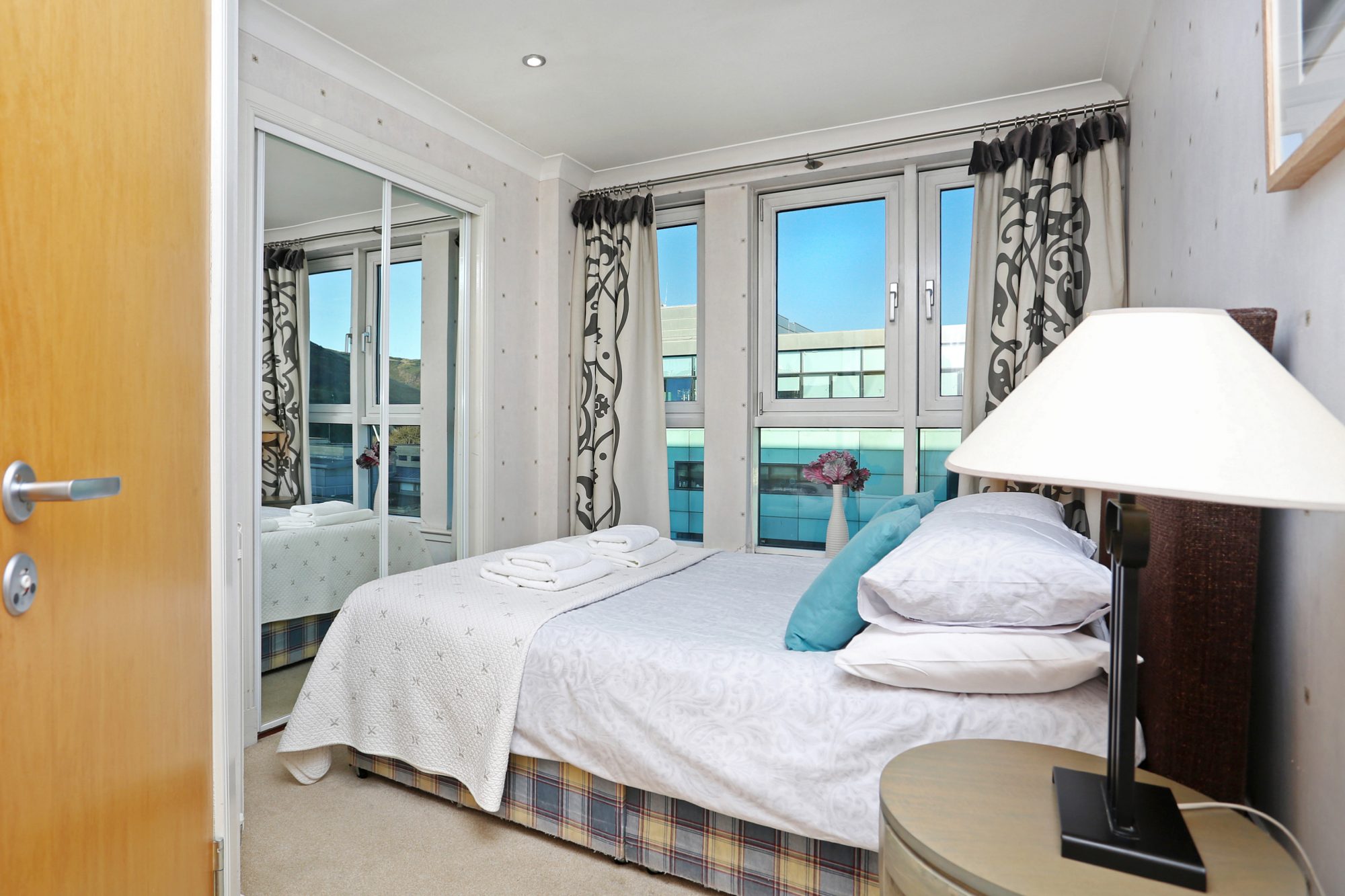 Just a few minutes’ walk from the Scottish Parliament and the Royal Mile, our Holyrood apartment is a great choice for sightseers and business travellers alike.

Built in 1760 and nestled in its own private courtyard, our Royal Mile Heart apartment is a fantastic base from which explore the wonders of Edinburgh’s Old Town. 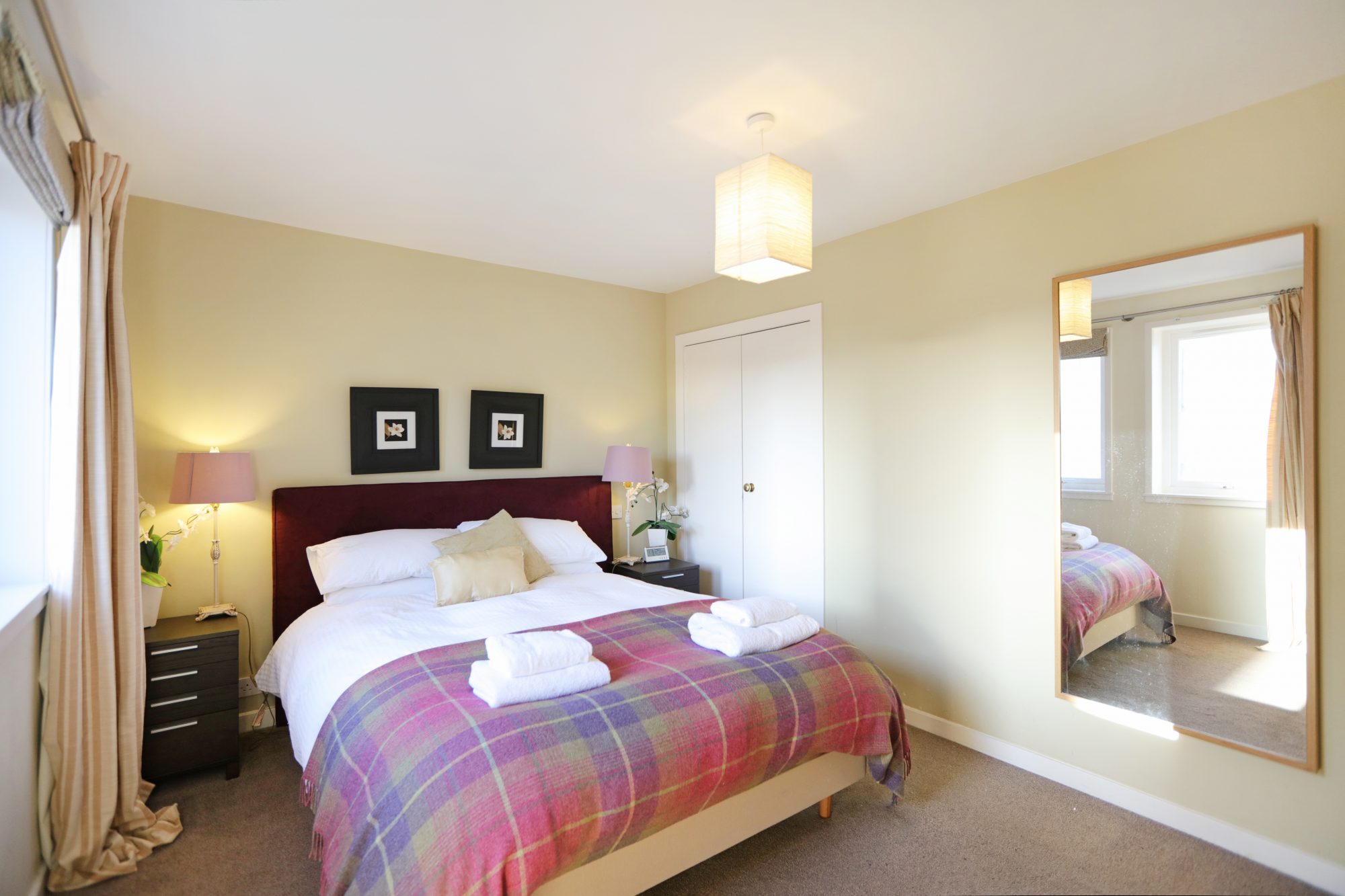 Situated in a quiet courtyard just off Edinburgh’s historic Royal Mile, our Old Town apartment is perfect for tourists looking to make the most of the city’s world-famous attractions. 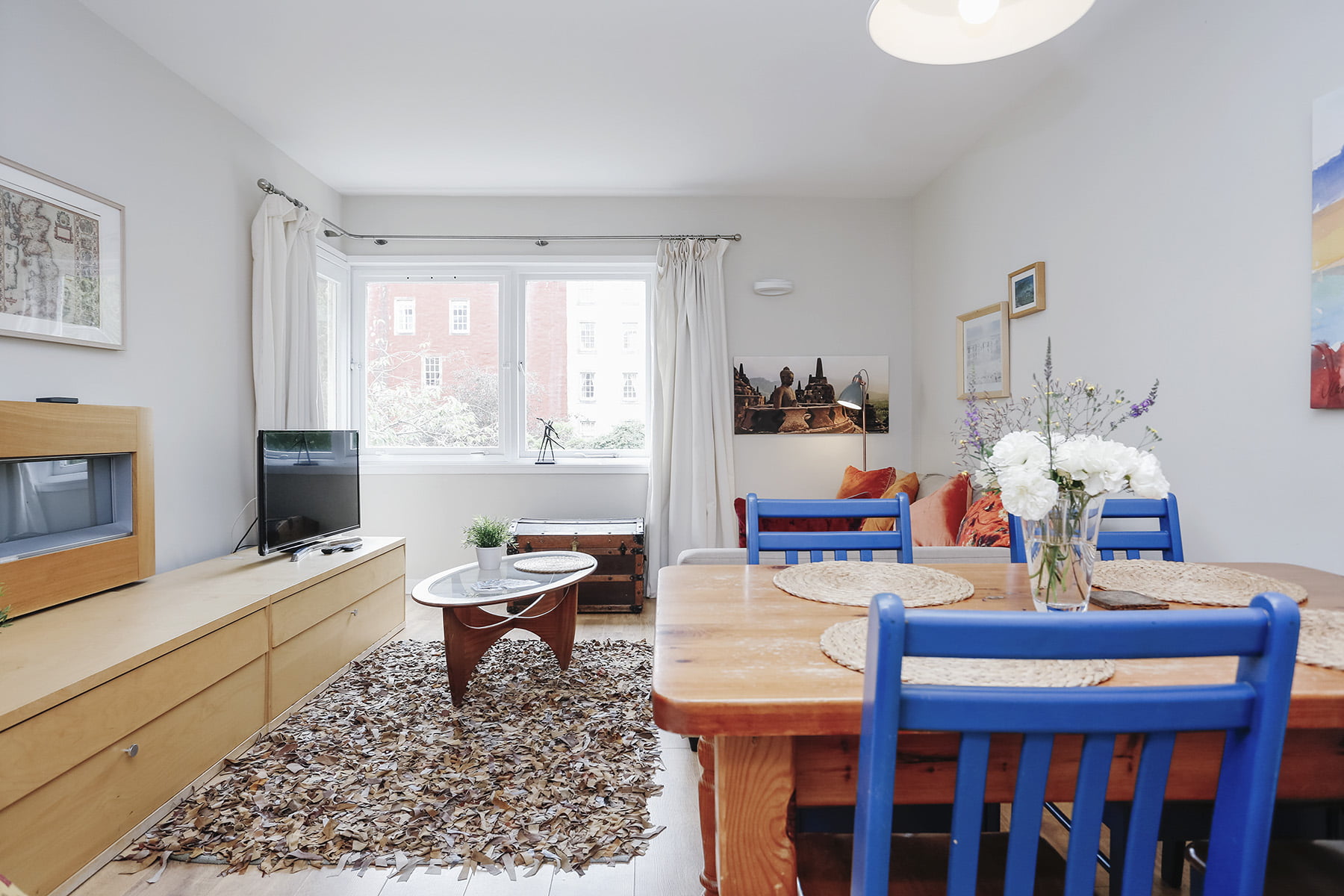 Our Royal Mile apartment is part of a picturesque and historic courtyard in the heart of the Old Town and is an ideal base for those intent on taking in all that Scotland’s wonderful capital has to offer.